Rio always amazes me. In one hand the beach is a democratic place where all classes can meet. On the other hand I usually see more discrimination here than I do in Sao Paulo.

Please do not understand that as an example of the typical rivalry there is between people of these two cities and states. As I have once said people do not even feel I am from Brazil here. They usually assume I am a foreigner.

There are reasons for that. Lucia, my cousin, helps me to realise what they are. I do not speak as loudly as brazilians do, I have incorporated Asian gestures into my behaviour and I mis-construct sentences. They are still understood but for people it feels like I am a foreigner. Apparently, I also dress differently than people do here. I guess it is a reflection of all that I have collected from the world.

I would add to these list some other things. I have been in a coma. I never accepted constructed borders as real separations. And I deeply admire Buddhist Tibetan values.

Having said that. I want to tell you what I saw here in Rio.

I entered a little shop where they sell newspapers and other little things. These shops are very little, and they usually stand in the middle of a sidewalk. As I went in there were 5 boys there. The eldest could not be older than 8 years old. All of these boys were looking at sweets.

As I entered the little shop I stood quietly behind them just listening. I kept seeing them choose what they could or not afford to buy. Like any group of boys they spoke loudly and “cursingly”. Yet I still felt it was a total act of actual thinking about of all of them. They were looking to see what they could afford to buy so that everybody could have something.

The owner was furious at them for being there. He told them to disappear. I was quiet, and when the little boy saw me, he apologised for taking so much time to buy things. I told them that was ok. I was not in a hurry and that I thought they should look well at what they wanted to buy. The man shouted at them. One of the boys looked at me and said:

“I am sorry. He is mistreating me because I am black and poor.”

I was so shocked. And said:

“No. I think he is just worried because you are young boys.”

” Moça, I am sorry we kept you. But it is always like that. It is because we are black and poor. They all do that.”

” Well then they are wrong! Please believe me, not everybody in the world thinks like that.”

The owner told them to go away. I went out to say the same words again. Then I went back in to talk to the owner of the shop.

“You don’t know them. Have you heard what they were saying? ”

” Don’t you think about me? I don’t care about them. You are obviously not from Brazil.”

” I actually do think about you too. Now you feel angry, and they feel once again marginalised. I am from Brazil, I guess I feel this way because of the Tibetans I have met.”

“This is not Tibet.”

” It is the same in Tibet or in Palestine, or here or anywhere you are. You build reality around you.”

He was furious. I was calm. He told me to tell him of an example of it in brazil.

“Not even a month ago. I was told by a cab driver that I should not use my Iphone in the streets in Belem because I could be robbed. The following day I was looking for the house of the 90 years old grandmother of my friend and got lost.

I took my phone to see google maps. I stopped and when I looked back, there were two men. One was armed. I stopped to think. If i cross this avenue I could be killed by a car. If I keep here they are going to rob me. I could run or I could think like a Tibetan. What would a Tibetan do?

So, I turned around and walked in the direction of the two men. I am not sure if a tibetan would do that. I am sure that they say that once you are conscious of a harm that could be inflicted on you it is your responsibility to prevent it. Ideally you should do that in a way that would change their way of thinking. Tibetans believe you must do that not because of you but for compassion towards the other.

So I walked calmly and never showing them I knew one of them was armed.

‘Sorry guys, could you help me? I am looking for the house of the grandmother of my friend. She told me to visit her. Google maps seems to be failing me. Do you know where is this street that I am looking for?

They were shocked. The armed man psaid he was not from there.

‘Wow then you are as lost as me. Thank you anyway.’

The other guy said

‘I think you were going in the right direction. We came from the other side and it is not there.’

I looked at both of them in their eyes, and said thank you.

I was calm. I turned around just as they decided to cross the road to the other side. At that moment I actually feared for their lives. It was a huge avenue, where there were cars coming from both sides. I walked silently till I found a petrol station. I went in and I bought something to drink and eat, then I told people there what had had just happened to me. The woman said

“Are you crazy! Why did you not run?”

” I guess because that would have made him feel like an aggressor one more time.”

An old man looked at me and before she said anything again he said:

“You are very wise. You have actually transformed an aggressive moment in a dangerous place, into a possibility of goodness.”

I told all of this to this man in this shop here in Rio.

“See, he was not Tibetan, nor am I. I think of you. I think that each action like this one towards these boys is harming all of us.” 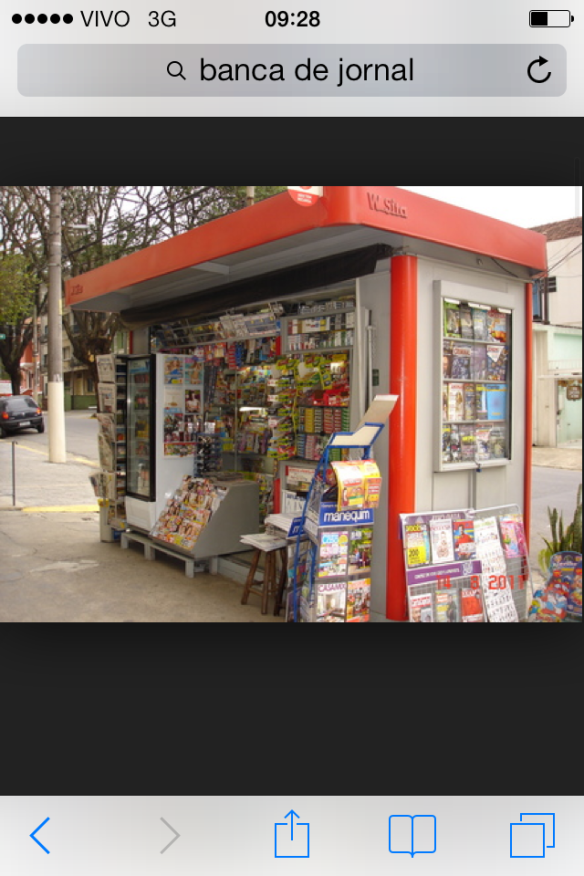