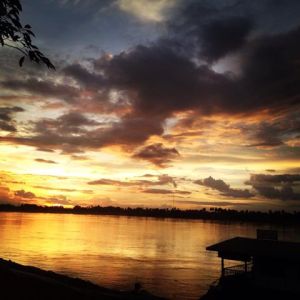 Coming back from my 3-euro massage, I see the sky in varied colours. Psychedelic massage. I woke up early and wrote loads for my new Portuguese blog before the usual crew started to show up and I once again sigh, thinking how I love to be back at Mut Mee. There is nothing really that special in Nong Khai, nothing comparable to Angkor or Pagan (though there’s the lovely Salakaeku sculpture park). There are also beautiful Buddhist temples, or wats.

I did not come here for any of these reasons the first time, five years ago. I was supposed then to cross the Mekong to get to Laos on the other side. It took me 15 days to do it. And once I did it, I crossed the whole Asia, saw beautiful temples and beaches just to return now and then back again. Don’t ask me why, I still have no answer. It’s just home, so I won’t bother any more with it.

The last time I was here I was so lost, so it is really good to be back and feel so in place. In this state of mind I can’t help remembering one of the most remarkable encounters I had here. An Australian lady who dropped out of her life in her 40s and kicked the road. That was in the 80s. When I met her she told me her whole epic story and I asked her if I could write about it. She said “ok, but it’s just a life”, and that I should also care about my own and go home.

I felt like she had undressed me stark naked, disarmed all my ready smiles, opened a hole in my stomach and seen inside of my soul deeper than I ever dared myself. She could grasp my vulnerability, and said that it would kill me. It was time to go home, she said, so that one day I would be able to be in place to go out in the right way.

And now I see these wondering soulless people every morning. I feel like shouting “go home” to so many, for their own sake. The art of traveling is also to recognize when the journey is over, and that one must deal with oneself again.

Her name was Carley, and she is now in her 70s. And today I heard another epic story of another Australian woman, called Carly, but who’s in her twenties.

We got along fine since I arrived here exactly two weeks ago. She is doing the same job I used to do. She is just completely lovely like I used to be. She had also been to the funeral I recently wrote about. But I never knew the reason why she ended up here in Thailand.

We were here all of us, Mut Mee victims, when for no reason she told me she was about to go home, but before she had to meet her Thai family. I wondered if she also had volunteered and had a host family like I had. But no, none of that. 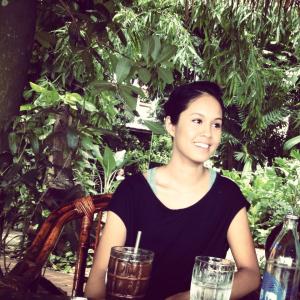 Carly and her twin sister had been adopted in Australia. Her Thai family was her real Thai family. And I could never imagine that Carly was Thai, even after two weeks together IN Thailand.

She once asked her Australian parents who told her they had adopted both girls from an orphanage in Nong Khai when they were 2,5 years old. She then got in contact with the orphanage, and from what I understood the lady was very moved as she was the very same person who had taken care of the twins.

The lady went all over to find the family. I kept asking questions not knowing whether it was Ok. But Carly told me she is getting used to it. I eventually asked her how did they react? And she told me she was just looking for her mom, and suddenly found a whole family. Actually a few families. Separated families with new children. Her father said he had been looking for her as well for the past 20 years.

Then I was even more intrigued. So was she given against his will? What about the mother?

Her parents had married “for labour”. I asked what that meant: they married in their teens to have an extra pair of hands. Carly’s father was a monk who could not fish, so the family sent him away and convinced the mother to give the twins away. Right afterwards they died.

Soon I understood why the mother was more resistant than the father. The mother’s family was responsible for the abandonment. Carly told me they were starving. Her father never knew that, but once he found out he spent his life searching for the twins.

So when she showed up here, her father was beyond joy. He became very well off and all of his new family wanted to meet her. They even offered her a terrain to build a house, and gave her money.

I asked her how her sister reacted. She told she did not want to meet them. Her Thai grandmother said she should at least come before she dies. I remember that in my own family I have a cousin that was also born a bastard. I was very excited to meet him, but my cousins, his half-sisters, where very resistant. One did meet him, while the other one never felt at ease. Thinking of my cousins, I said to Carly that maybe she should respect her sister’s time. People are different. It is just so painful when we see so clearly someone making such a mistake.

And then Carly told me that her father wanted to go to Australia to meet her Australian parents. He wanted to thank them for taking care of her.

There is nothing perfect in this story. Carly, the beautiful woman, had to cross the world to find where she came from. She is getting to grips with it. I was so moved that I went straight to a massage once the conversation had finished.

These ladies have known my body and me for years now. And I enjoy their touch and, due to my inability to speak Thai, the total silence I need to process this entire story.

And as I walked back the sun was setting and another Mut Mee victim who lives here, Mark the American, comes to tell me he had a gift. It was wrapped like flowers, it was a bouquet of rockets (the salad!). A real delicatessen here. I thanked him and sat looking the setting sun saying goodbye to the morning staff and hello to the ladies of the night kitchen. 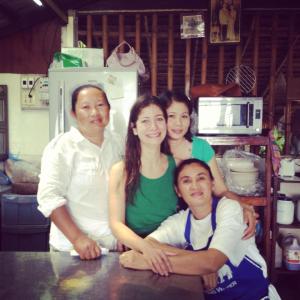 This is what it is about Mut Mee. It is the people. It always is. 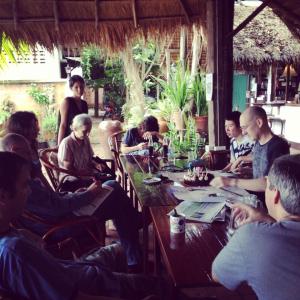